IPHONE DEAD? FIND OUT HOW AND WHY TO FIX IT? 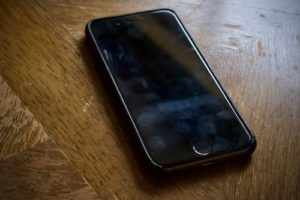 “My iPhone is dead, and no matter how many times I restart it, it would not turn on. Is there anyone who can assist me?”

Having a completely dead iPhone is probably every iOS user’s biggest nightmare. Although Apple is regarded for producing some of the best smartphones on the market, there are occasions when even iPhone appears to malfunction. The iPhone dead problem is rather prevalent and can be caused by a variety of factors. One of these could be a dead iPhone battery or a software problem. If your iPhone got dead, you have come to the right place.

In this post, we will explain how to fix the iPhone dead problem. We’ll go over some of the most prevalent reasons why your iPhone is dead. Some fixes are as simple as connecting your iPhone to a power outlet, while others may necessitate professional assistance at the Apple Store. We’ll even give you advice on what to do if your AppleCare coverage expires.

Why Is My iPhone Dead?

There are a few potential causes why your iPhone is dead.

At this point, we don’t know anything about what caused your iPhone to get dead. However, we’ll assume that your iPhone’s software has crashed or that you’re dealing with a hardware issue caused by water damage.

You’ve certainly done it before, but connect your iPhone to a charger via a Lightning cable. We recommend trying many chargers and cables, just in case one of them is faulty and causing the problem.

When your iPhone, charger, and Lightning cable are all in working order, the display will show a low battery icon or the Apple logo. If your iPhone’s screen remains entirely black after plugging it in to charge, continue to the following step!

Most of the time, your iPhone looks to be dead because its software has crashed, resulting in a completely black display. A hard reset will cause your iPhone to turn off and on abruptly, which can frequently fix a black or frozen iPhone display.

The method for hard resetting your iPhone differs depending on the model:

iPhone SE and earlier: Press and hold both the power and home buttons at the same time. When the Apple logo shows on the screen, release both buttons. Your iPhone will restart shortly after that.

iPhone 7: Press and hold the volume down and power buttons simultaneously until the Apple logo shows on the screen.

If the hard reset brought your dead iPhone back to life, it was never truly dead in the first place! Your iPhone’s software crashed, resulting in a black screen.

If A Hard Reset Didn’t Restore Your iPhone…

If the hard reset brought your dead iPhone back to life, you should make a backup as quickly as possible. If you have a more serious software problem that is causing problems with your iPhone, this may be your only chance to back it up.

Even if a hard reset does not resolve the issue, you may still be able to back up your iPhone using iTunes.

To proceed, connect your iPhone to a computer running iTunes. Open iTunes and select the iPhone symbol in the upper left-hand corner of the screen. Back up Now by clicking the circle next to This Computer.

Don’t give up if none of these techniques have worked for you or if Apple has told you that repairing your iPhone will cost more than its worth. There are online sites where you can quickly and simply sell a broken iPhone.

Click here to obtain a quick price for how much your iPhone is worth, broken or not.